Base of Operations | The Division Wiki

Base of Operations in The Division is a single-player only location that is not shared with other players.

Base of Operations Information

The Base of Operations is divided into 3 wings - Security Wing, Tech Wing and Medical Wing. This is the same as how the Skill Tree divided. Unlocking access to these wings will require special rescue missions for personnel. In each wing, you are able to upgrade your Skills, Abilities, Talents and Perks belonging to that particular category. Each wing has its own currency used for upgrades, which you can earn through wing-specific missions. In the case of the medical wing, for example, every upgrade requires medical supplies. You can track the percentage of completion per each wing from the Base of Operations.

Players can do various other activities at their Base, including buying and selling weapons, obtain gear extracted from the Dark Zones, find contaminated weapons and gear in their Stash, use the Crafting Station to craft a large variety of weapons and gear and interact with key NPCs whom you have previously rescued.

The Base is also dynamic - meaning it will change its appearance in conjunction with the player's progress over time. As the player gets closer to stabilizing the City, the base becomes cleaner and more advanced.

A special feature of the Base is the Canine Unit, which allows the player to manage the Canine unit of their Joint Task-Force Agents. 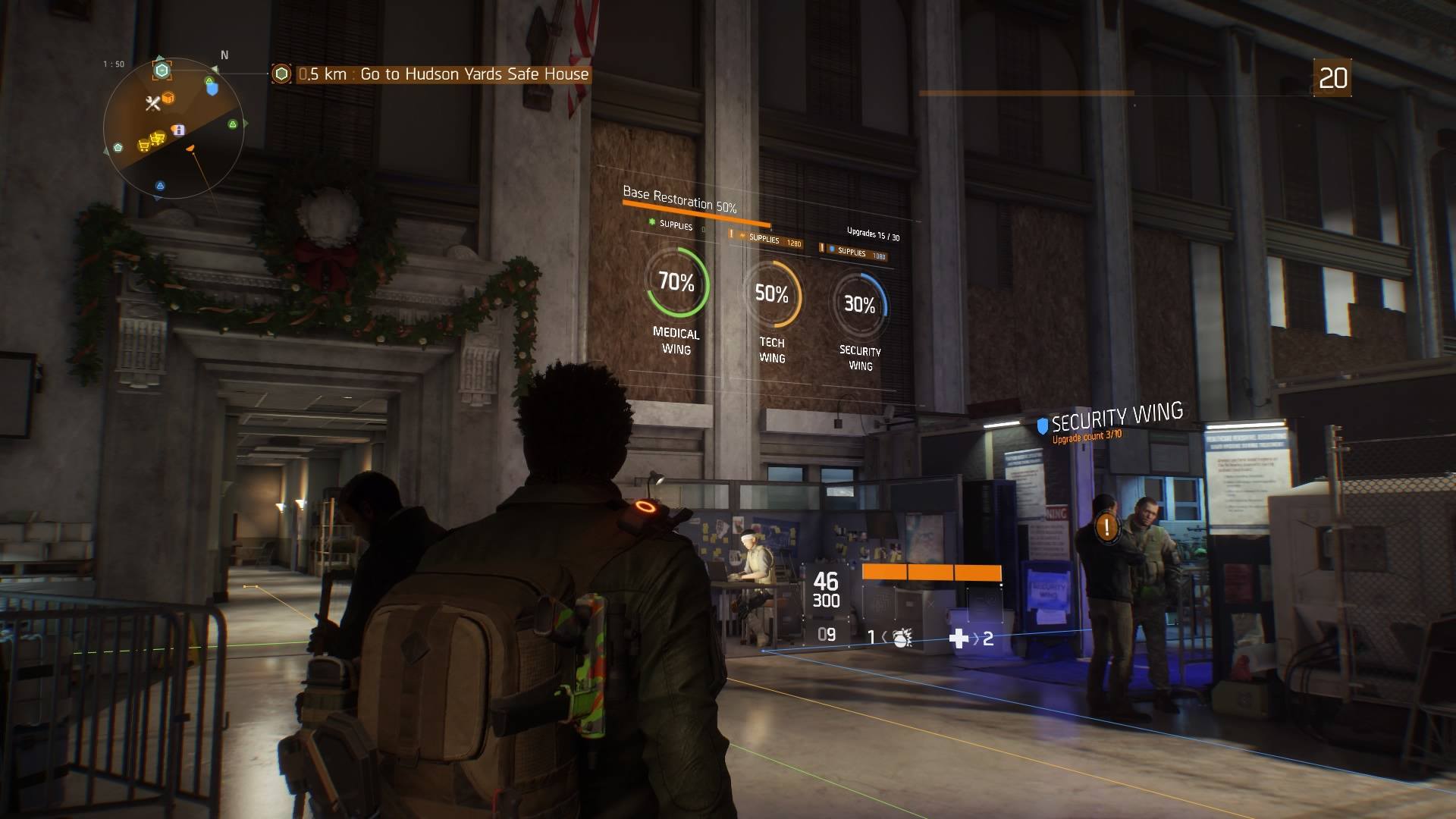 The area where you make upgrades and unlock Abilities related to Security.

The area where you make upgrades and unlock Abilities related to Medical.

The area where you make upgrades and unlock Abilities related to Tech.